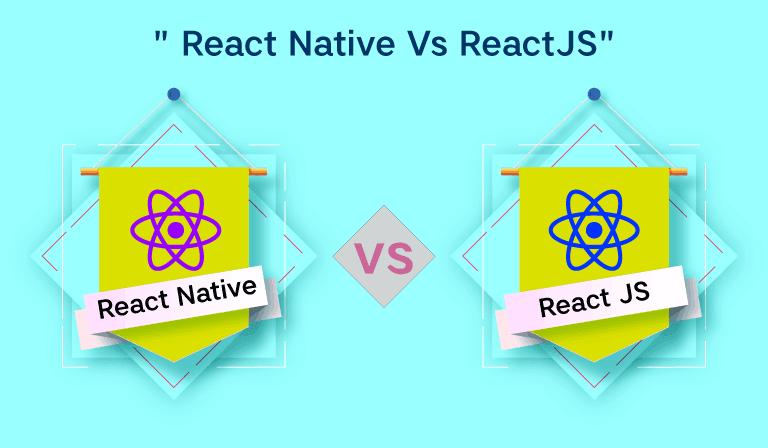 ReactJS also known as React.js or simply React was first introduced in the year 2011 by Jordan Walke.

It is a JavaScript library, introduced for building dynamic and high performing User Interface(UI). Released by Walke and his Facebook team it helps you brought together the speed of JavaScript. Creating interactive UIs ReactJS gave a new way of rendering pages leading to responsive and dynamic user input.

It supports both the front-end web and server side for building user interfaces and web applications.

Why ReactJS Is Used?

ReactJS is an open source JavaScript library, mainly used for building user interfaces specifically for single page applications. As is used for handling the view layer for web and mobile apps it allows you to create the reusable UI components.

ReactJS allowing the developers to create large web applications can change data without reloading the page.
Used as a base in the development of single page or mobile applications ReactJS is very fast.

It takes only one command line to run in the terminal and therefore is very easy and simple in use.
Corresponding to view in the MVC template it is used with a combination of other JavaScript libraries.

React Native is a consequence of React is also an open source application framework. Using the React framework it offers a large amount of inbuilt components and APIs.

Instead of using HTML React Native provides alternative components for rendering the apps.
It helps you create real and exciting mobile apps using the JavaScript which supports both Android and iOS platforms. React Native codes only once and uses the same code again at the other platform. Thus saving the development time it received huge popularity and community support.

Difference Between ReactJS and React Native (reactjs VS react native)

Providing additional functionality to run your app on iOS or Android both ReactJS and React Native have different processes of setup and rendering process. 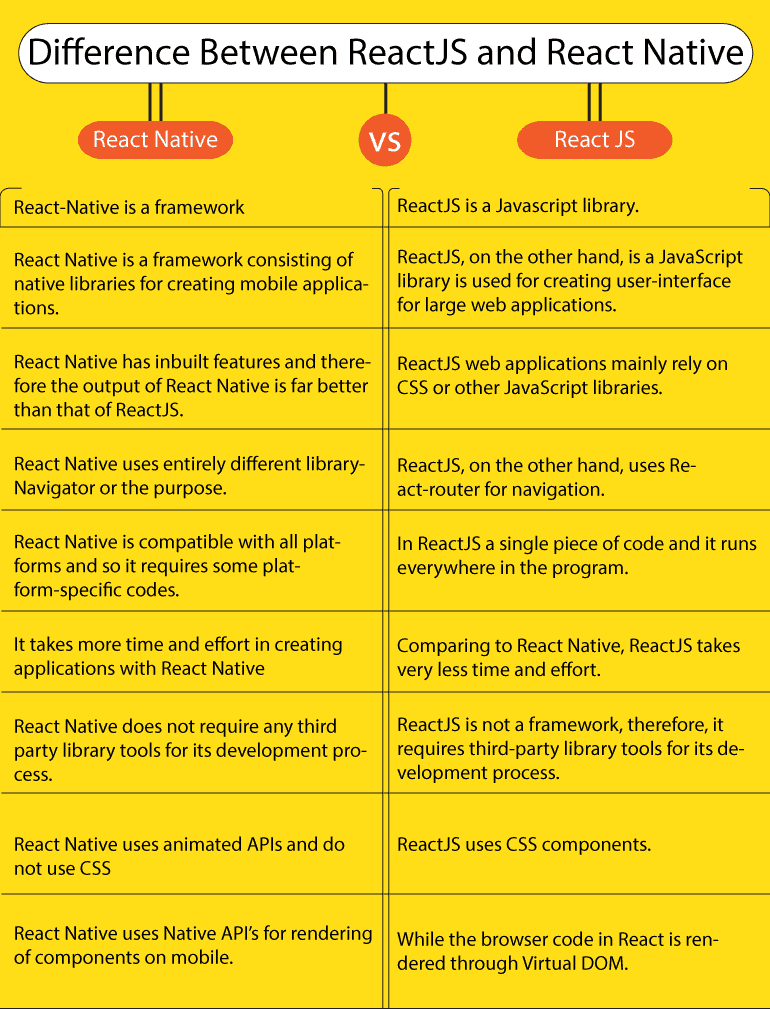 If you want to build any mobile or web application or want to get in touch with any of the technology Hire Mobile App developers from Nimap Infotech.