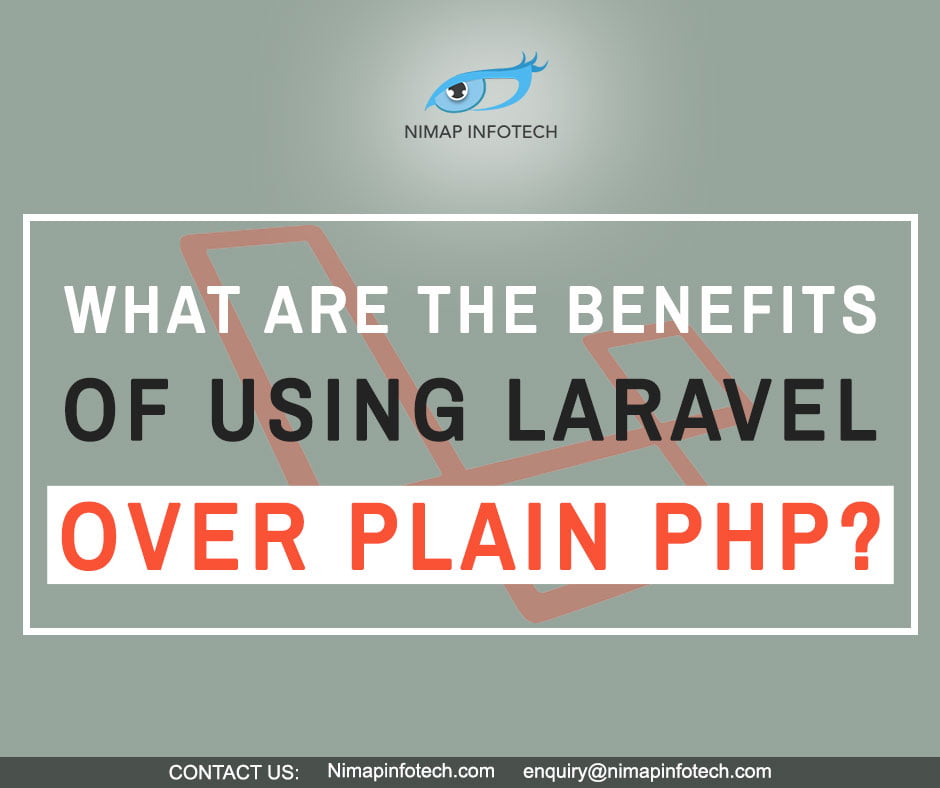 What are the benefits of using Laravel over plain PHP?

PHP has been around for quite some time now. It has been used over a multitude of facades for programming. Studies show that PHP is the most favorable programming language that is used for Web Programming. You can use PHP for many kinds of web applications. in this article, we are going to discuss the benefits of using a robust framework such as Laravel over just using plain PHP for web programming.

If you’re planning to use plain PHP for any kind of web programming applications, do remember that you require some amount of experience for web programming.

Why use a Framework over Plain PHP?

In this article, we are going to discuss a popular framework such as Laravel benefits over plain PHP

One of the most important benefits of selecting Laravel over any other framework over PHP is its capability to provide high-class security. Laravel itself is a very secure framework that does not allow malware to run inside its environment. Malware cannot enter its web apps space. This

means that your web apps are secure and safe. If you choose Laravel you are free from  unintended or hidden SQL injections

Another benefit of choosing Laravel is that it is open source. But this is enough for you to choose Laravel over other frameworks. Laravel has a powerful community of developers and development companies that constantly as well as continuously provide support to make it even more flexible as well as scalable.

So if your developer wants to bring onboard some complex functionality, he/she is always open to take expert advise from the community and develop the app as per your needs. In short, your app development does not stop despite the functionalities being complex and you get what you desire.

One of the main and beneficial features of Laravel is the blade templating engine. This engine allows the web developers to use the predefined templates to write a certain amount of code. These templates do not restrict the developers to write their own simple and plain PHP codes. These templates are intuitive, lightweight as well as dynamic that allows the developers to write code quickly as well as easily. The major benefit of using the templating engine is that it makes your website lightweight without compromising on the performance of the same.

Conclusion: So you see the benefits of using a framework like Laravel clearly outways the scenario of using plain PHP. The advantages are plentiful. And This proves that it is easier to program using a Laravel framework than it is to use plain PHP to program any web application. If you’re looking to hire Laravel developers or are looking to find PHP developers for your web project then do contact us. Or if you’re looking to hire PHP Programmers then do contact us. You can also hire laravel developers in Dubai, UAE, We are here to solve all your queries about bespoke web development.